A WORLD CHAMPIONSHIP IN METTET 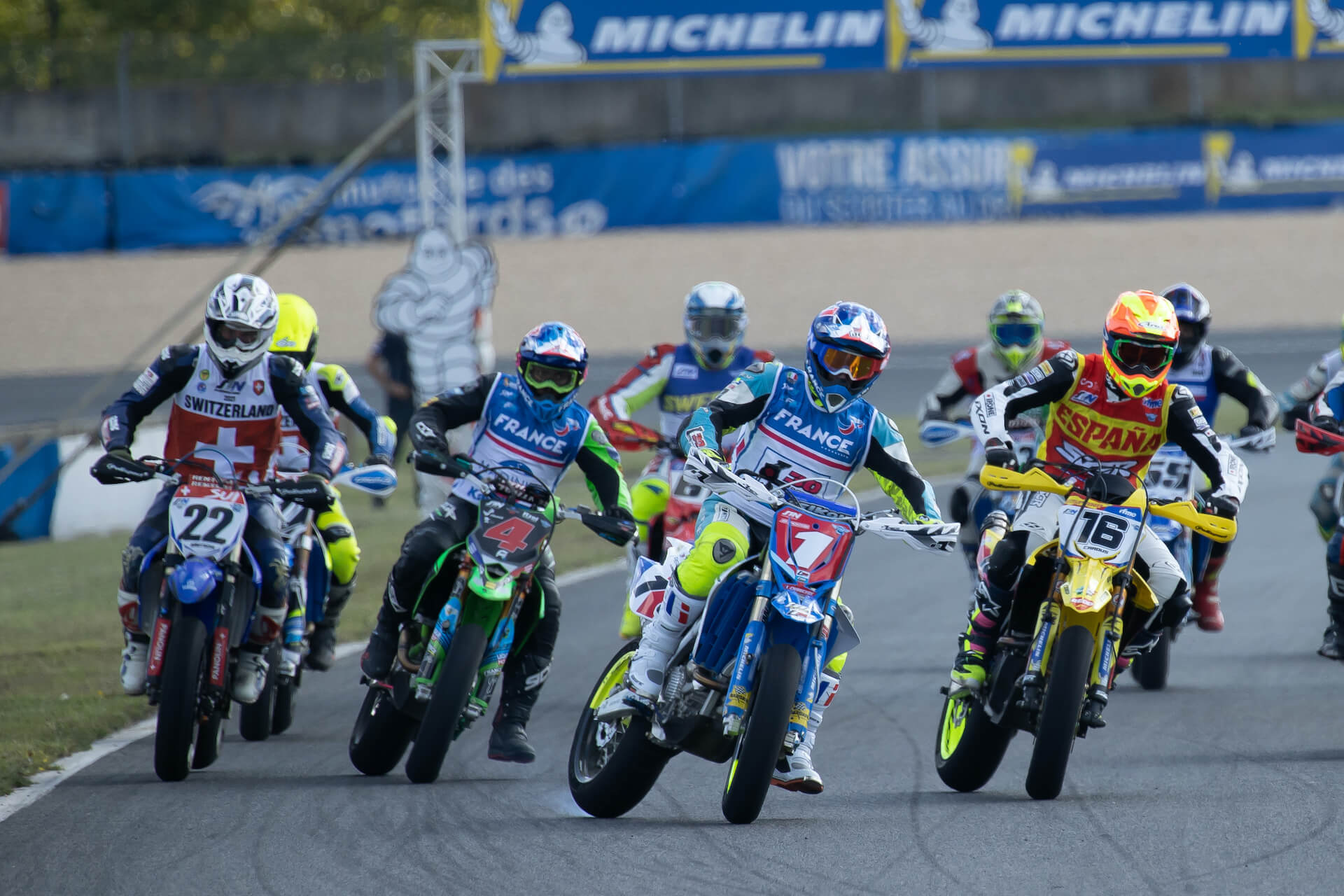 On July 30 and 31, 2022, the Jules Tacheny circuit will host the FIM SuperMoto of Nations.

The SuperMoto of Nations is the discipline’s World Team Championship. An event created in 2006 where nearly 20 countries compete with teams of 3 riders.

The event takes place in three rounds. For each round the national teams line up two of their three drivers, so that each driver competes in two races.

Mettet expects France, Spain, Italy, Portugal, Sweden, Switzerland, Austria, Estonia and many others, not to mention the Belgians.

With ten victories in fifteen years, the France team, led by Thomas Chareyre, world champion in 2021, will be eagerly awaited in Mettet.

After 35 years of Superbiker, the name “Mettet” is a reference in Supermoto. Temple of gliding for these motocross, equipped with slick tyres, the permanent, very technical track offers 66% tarmac and 34% dirt.

On July 31, 2022, a world title will be awarded on the Jules Tacheny circuit.