METTET RIDES FOR THE PLANET 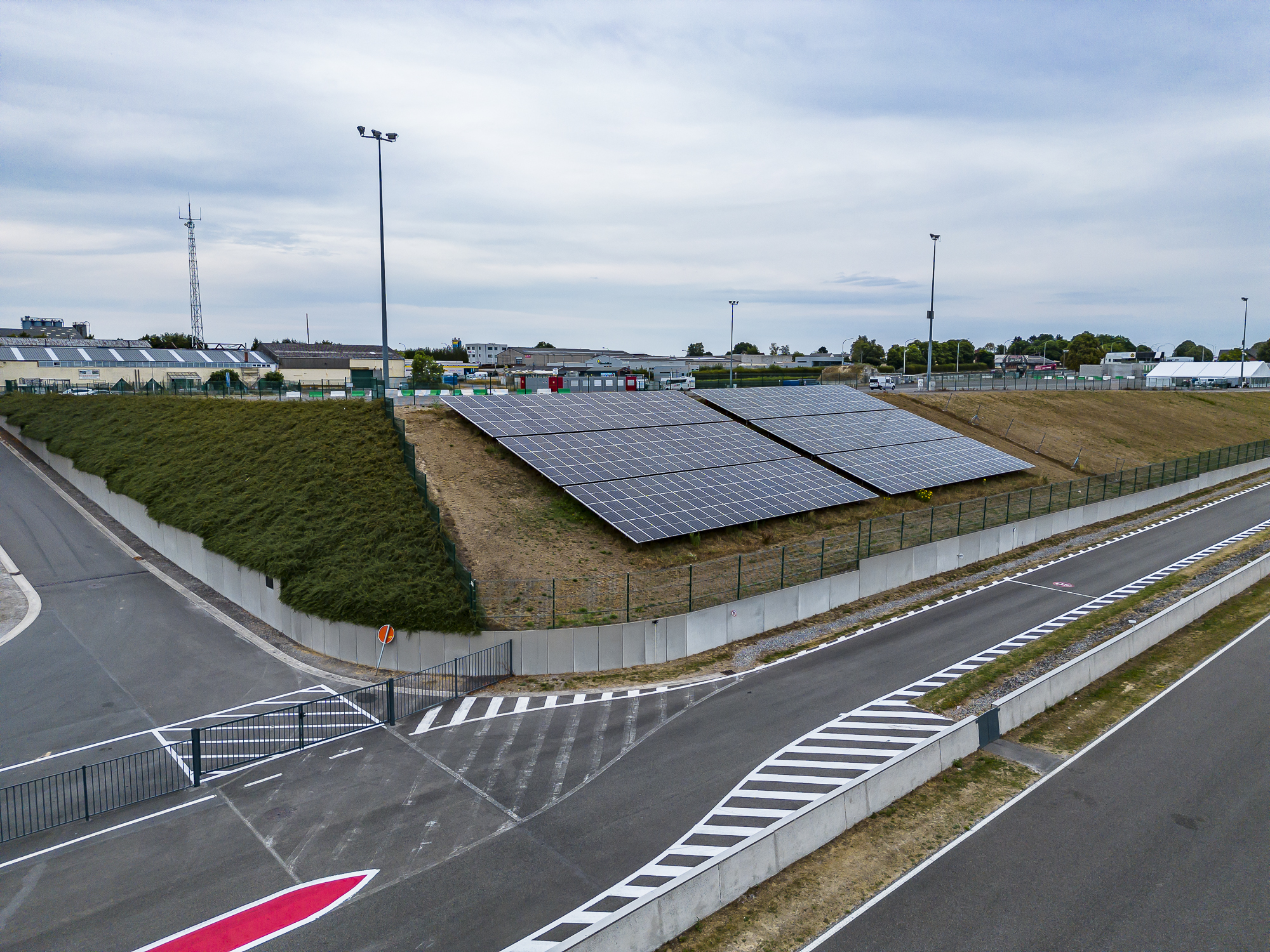 The Jules Tacheny circuit is modernizing, adapting and… acclimatizing.

Concerned about preserving the environment and reducing its carbon footprint, the Jules Tacheny circuit in Mettet is equipped with solar panels.

360 solar panels have just been installed on the embankment that borders the start of the straight line. 50 meters long and 30 meters high, the panels occupy an area of ​​1,500 M² and generate a power of 163 KWp.

Thanks to its south-facing photovoltaic installation, the Mettet circuit now produces 160,000 KWh each year. The equivalent of the annual consumption of around forty households. An investment in favor of the climate of €150,000.

Thanks to its solar panels, the Mettet circuit joins those of Mugello, Barcelona, ​​Paul Ricard and Silverstone. Prestigious circuits that have received the FIA ​​Sustainability Accreditation label.

More than ever, the Jules Tacheny circuit is leading the race in innovation and demonstrates that it is possible to practice motor sports in an eco-responsible way.