PRE-SALES FOR THE WRX OF BELGIUM ARE OPEN! 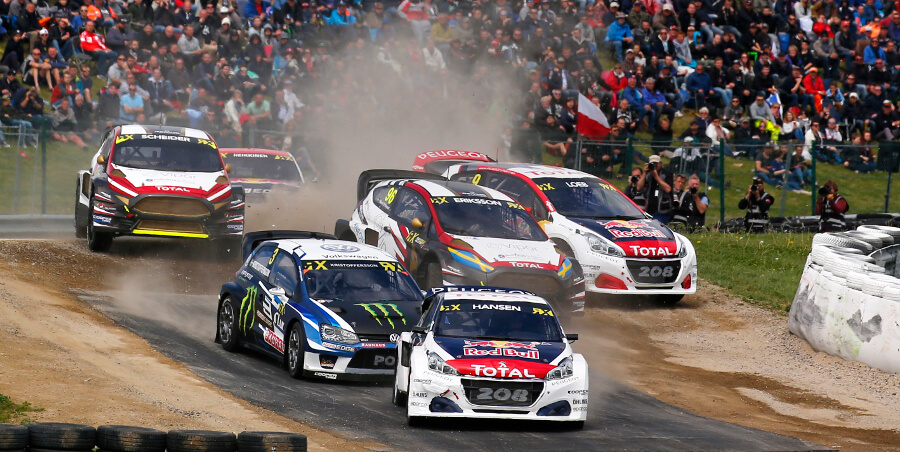 The Jules Tacheny circuit in Mettet will host the 3rd round of the FIA World Rallycross Championship on the weekend of 11, 12 and 13 May. Book your advance tickets for the Coyote World RX of Belgium now and come and see this exciting show that has been attracting more and more fans for the last 5 years: last year there were 35.000 fans!

Petter Solberg, Sébastien Loeb and Mattias Ekström have all become rallycross specialists and will be looking to beat reigning world champion Johan Kristoffersson in the new season.

The Coyote World RX of Belgium will also be the occasion to see several Belgian drivers in action. Our compatriot Guillaume De Ridder is a candidate for the World RX2 title in a car of Andreas Eriksson’s Olsbergs-MSE team. Other good news: the Belgian team ComToYouRacing is competing in its first World RX season with the French driver Enzo Ide. In Euro Supercars, Michaël De Keersmaecker will also be taking part. Filip Baelus and Florent Hontoir will take part in three rounds of Euro RX in Touring Car. Finally, Steve Volders will take part in one and only one round in the Touring Car category and this will of course take place in front of his home crowd in Mettet!

If you’re a fan of motorsport, short races with twists and turns and absolute spectacle, then you’ll want to get into the hot atmosphere in Mettet in May!

This year, Peugeot, Audi and VW are officially involved in the championship.
In addition to these three brands, Ford Fiesta and the brand new Renault Mégane RS RX will also be present.
François Duval has not yet confirmed his participation, but is doing everything possible to be present at HIS event of the year.
In addition to the top category, the Supercars, the World RX of Mettet welcomes other categories: RX2, Touring Cars, Euro SuperCars, Cross Cars and SRX Cup.
Non-stop show on Friday 11 May between 1.30 pm and 6.25 pm, on Saturday 12 May from 9 am to 5 pm and on Sunday from 8.30 am to 4 pm.
Info and pre-sales: Ticketmaster